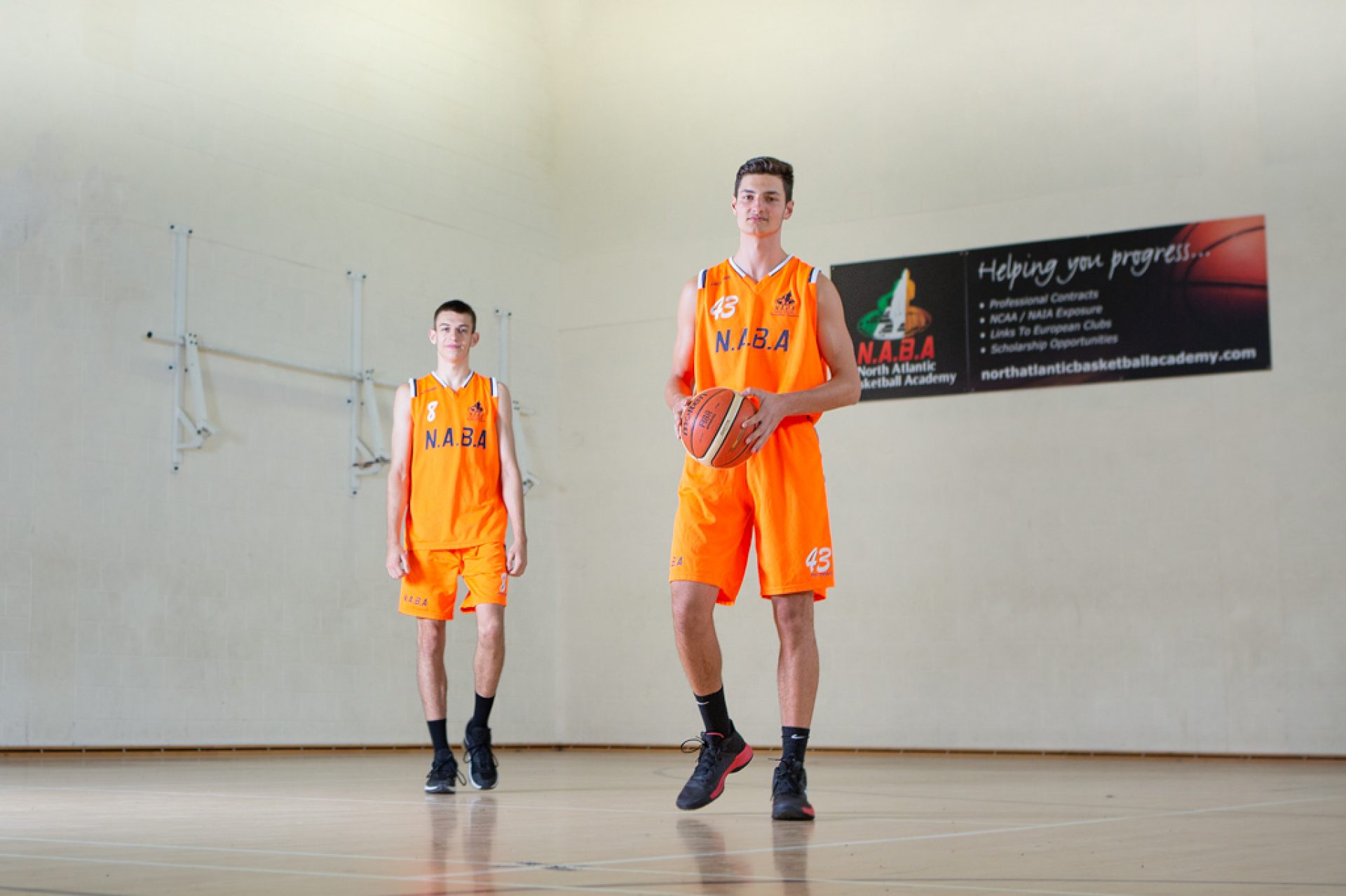 We have U13 , U15 , U16 and U20(Junior men’s) playing EYBL this season. The EYBL gives our players the chance to play against high level European basketball schools/academies and clubs. This is great for players who may not have ever experienced this level before playing back in their home town or country. The EYBL has teams such as Zalgiris , Alba Berlin , Bayern Munich and Youth National teams such as Georgia and Lucembourg. This really gives our players the chance to test themselves against some of the best talent in Europe. The EYBL has proven to be a real test for players in NABA and it has shown the benefits of competing at this competition and level. Players have gotten a taste of true European basketball and the competition and their competitiveness within the games. Many players have grown as individuals and increased their basketball IQ on the court.

This year we entered our first ever U13 NABA players into the EYBL , this is a team of players who all compete locally in Dublin and were looking to improve their basketball level by playing top class teams from all over Europe. So far the U13s have got a 3/7 record. Unfortunate but the learning experience for these boys has been amazing so far and to see their improvement from stage to stage has been amazing. The coach of this team is Audrius Jonusas , former professional player and national team player in Lithuania throughout his career. Coach Audrius is pushing the boys at every single practice to really improve their individual skills and to learn how to play the European game. The U13 boys dominate their league back in dublin and it was key for them to get some high level competition this year to help them continue to develop. They have had some tough games so far in EYBL playing against some of the best teams in Latvia , Estonia and next Stage they will compete against some of Poland and Lithuania’s top teams such as Zalgiris , Vilnius and SKM. #10 Simonas Jonusas , son of coach Audrius has displayed some excellent performances at the EYBL and has landed himself top of the Scoring Leading board averaging 22.5 points per game. Simonas also picked up an Allstar 5 award in the most recent stage in Tallinn , Estonia with some solid performances scoring over 30 points in 2 games and getting lots of assists and steals too. The U13 boys have already began to get their preparations for stage 3 in Vilnius Lithuania in March.

NABA U15 Eybl squad has had a tough season so far but some amazing learning experiences. The guys have played some of the best/high level teams/academies/basketball schools in Latvia , Lithuania, Estonia , Finland , France and Denmark so far. Next stage they will play against some high level teams from Poland , Iceland and Latvia again. This squad is made up of 3 different groups , NABA Lanzarote (2), NABA Dublin (5) and our partnered club in Poland Łódź LKS/ KM(4). Coach Carles Orive is happy with the progression of the players and how they are able to gain so much from the experience of playing in this tough age category. Last year the 2008 squad made it to the final stage (play offs) and managed to place them selves in 9th place out of two divisions North and South. Unfortunately the squad is missing some key players this year due to family circumstances and we wish them the very best and hope to see them back on court for the final stage. Never the less the players continue to push on and continue to make the best of the experience of playing in the European Youth Basketball League U15 North conference.

The U16 NABA EYBL squad have had some tough tests at the U16 Category this season. They have played agaisnt talented teams from Latvia , Germany , Ukraine , Lithuania , Denmark and England. So far the boys currently have a 4/6 record. They had some eye opening games in the first stage losing out in close games to top class teams from Latvia, Lithuania and England. For Majority of the squad it was their first time ever playing at this level of competition and it was a huge learning experience for them. During Stage 1 the players got plenty of exposure to high level which was a serious eye opner for the guys on what they need to improve on while back home. The second stage in Riga Latvia saw the boys have a rough start to day 1. It was a bad day in the office for the guys but again a very valuable learning experience. Day 2 saw them come out with a hunger to prove themselves after a bad start in day one and manged to get themsleves two very nice wins against two Latvian Basketball schools, BS Riga and BS Ridzene. The guys the started to focus in on day 3 where they would face off against BS Ogre who are a well respected basketball school in Latvia. The guys had a close game with Ogre in stage 1 and managed to pull off the win. In stage 2 it wasnt meant to be unfortunately. They started off the game well with a 10 point lead at the half but the Latvian side showed their class in pressing and 3 point shooting in the second half and manged to flip the switch and take the lead. The final momments were chaotic. NABA were down 3 with 7 seconds to go , they manged to advance the ball up the floor and get the shot off but unfortunately it was off and Ogre had gotten their revenge. The Team did manage to get some success through Matiss Ogle picking up an All-Star 5 award While Cristi Onos picked up Team most valuable player averaging a solid double double in this stage. This Squad is a mix of NABA Dublin (9) , NABA Lanzarote (2) and our partnered club in Poland Łódź LKS/ KM(3).

Check out our upcoming Summer Camps in Dublin and Lanzarote!